How the 49ers' defensive line inspired a dramatic turnaround

A lost season in 2018 turned into a Super Bowl bonanza in 2019, as the 49ers were able to further fortify a defensive line that has been relentless.

"We haven't done a whole lot yet," GM John Lynch said of the Super Bowl-bound 49ers. That's why he is looking to grow the team's talent at the Senior Bowl.

Niners QB Jimmy Garoppolo isn't worried about how he's viewed after attempting just eight passes in the NFC Championship Game. "I hear all the stuff and everything," he said. "... At the end of the day, you've got to go out there and play football."

Barnwell: Ranking the 10 most unlikely Super Bowl teams ever

The 49ers came out of nowhere this season, improving by nine wins. Is it the biggest jump by a title contender in NFL history?

Future Pro Football Hall of Famer Drew Brees gives his thoughts on the Chiefs and 49ers: "We're talking about a super explosive offense...Mahomes' ability just to make plays when there's nothing there…the challenge that the 49ers present is that they have an excellent front seven, and lots of subbing in that can play ball too. And then their back end is very good. So there's no weak link on that defense..."

Drew Brees offers his thoughts on the Chiefs and 49ers: "We're talking about a super explosive offense – with all those weapons. Mahomes' ability just to make plays when there's nothing there…the challenge that the 49ers present is that they have an excellent front seven, and lots of subbing in that can play ball too. And then their back end is very good. So there's no weak link on that defense."

Ranking the NFL rookie classes from 1-32: Which team produced most?

Which teams have gotten the most bang for their buck from their rookies? Pro Football Focus stacks all 32 classes.

The best, worst and most underrated moves of the 2019 NFL offseason

The Titans struck gold with Ryan Tannehill, and the Bucs got 19.5 sacks from Shaq Barrett. But there is plenty of Antonio Brown and Nick Foles regret.

Rarin' Rams ready 'to be great' in new stadium

With a $10 billion facility set to open in the summer, COO Kevin Demoff and the Los Angeles Rams are readying themselves to bounce back from a ho-hum 2019 season.

49ers Wednesday estimated participation report (they did not practice so this is what it would have been if they had): Did Not Participate: RB Tevin Coleman (shoulder) Limited Participation: LB Kwon Alexander (pectoral), DL Dee Ford (quadricep, hamstring), S Jaquiski Tartt (ribs) Full Participation: LB Dre Greenlaw (ankle)

Joe Staley overcame a trying season on the field to get back to a place he wasn't sure he'd ever go with the 49ers again -- the Super Bowl.

From 0-9 to Top Gun to a Super Bowl: How Kyle Shanahan and John Lynch found a way

After years of discord between 49ers head coaches and GMs, the success behind this year's team might be the true bond between Kyle Shanahan and John Lynch -- whether they're winning or losing.

Stories behind every Super Bowl ring

They're big and small. They've been lost while surfing in Hawaii and dancing at Studio 54. They've been found in taxis and hotel nightstands. Each ring, and its wearer, has a unique story to tell.

Our analysts voted on the best NFL rookies during the regular season. Nick Bosa held off the rest of a talented class for No. 1, but who else made the list?

Bomani dishes on why he's stunned by Patrick Mahomes' quick ascension to the top of the AFC and quarterback play across the league (2:03), why the Niners are successful in spite of Jimmy Garoppolo and how Kyle Shanahan's success plays into the conversation about nepotism amongst NFL coaches (16:21 ). Plus, why people need to leave Bronny James alone (30:35), an IYHH including the ethical problems of 3D-printed skeletons (37:28) as well as Bo's words on how we can honor the work of Dr. Martin Luther King Jr. (50:07). 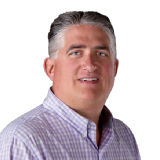 In 15 seasons with the Broncos, Turner had a back rush for 1,000 yards 11 times, including a four-year stretch in which four different running backs did it. He also has a knack for unearthing elite backs late in the draft, or outside of the draft altogether. "When it comes down to it, a lot of people say you can plug anybody in there," Turner said to ESPN's Nick Wagoner in 2017.

49ers RB coach Bobby Turner might be the unheralded source of the 49ers dominant rushing attack. Turner has been teaching the outside zone run as the running backs coach for the Shanahan family since Mike joined the Broncos in 1995, when Kyle was still in high school. He has served in the same role every single season since then with the Broncos (1995-09), Redskins (2010-14), Falcons (2015-16) and now 49ers (2017-present).

Jimmy Garoppolo may have only had eight pass attempts in the NFC Championship Game but he accomplished plenty as a passer this regular season: 3,978 Pass yards, 4th-most in a single season in 49ers history; completed 69.1% of passes, 5th-highest percentage in the NFL; three games with 300 Pass yards, four pass TD & 70% completion percentage (most in NFL).

With plenty of time before Super Bowl LIV, our handicapper gives his early breakdown of the game and where the betting value lies.